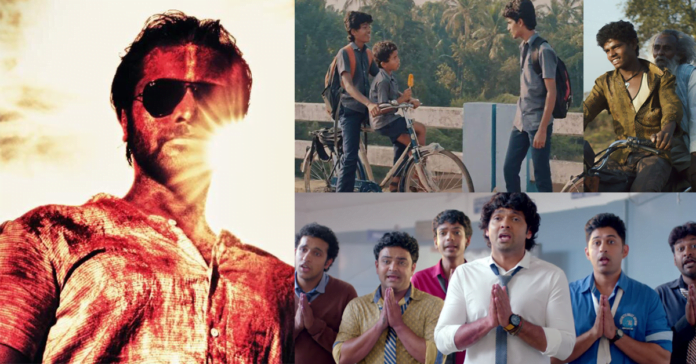 If you are looking for the highest IMDb rated Kannada movies in recent times, you have come to the right place.

Whether you live in Karnataka or are just a Kannada movie fan, or want to explore Kannada movies after watching the KGF Chapter 1, you will find them all here, and sure you will love it.

But let’s not waste time.

Let’s jump right into it!

Here are the top fifteen Highest-Rated Kannada Movies on IMDB

The first movie of the KGF Chapter 1 director. A must watch.

Agastya visits Mughor and witnesses girls being raped in front of the villagers. He fights against the thugs to stop this kind of situation in the village but becomes a target of the local mafia.

After an unprecedented cybercrime, two aspiring entrepreneurs find themselves entangled in a vicious loop of investigative trials and unable to break free.

A story of the character named “Angara”. But the twist is you get to see this character towards the end of the film.

After his wife elopes with a tourist, a forest guard becomes entangled in a clash of ideologies and beliefs with a feminist protester he chains in his home.

Karna, an engineering student, falls in love with his senior Saanvi, a final-year student from his college. But one tragic event changes his perception towards life and, he mends his ways. Watch it to relish the good old days of your college. A must watch if you are from an engineering background.

The Story gets its inspiration from Bhagavad Gita, a story between life and death. Later the success of the film led to Aatagadaraa Siva in the Telugu language was a remake, which Rockline Venkatesh produced.

The first Kannada film ever to be screened continuously for over one year at a multiplex! It also holds the record for the longest-running movie at a multiplex.

This cast of inexperienced actors is bringing a fresh spin to the theatre. They’re so natural, relatable and confirmed that you almost forget you’re watching a movie. The Story takes place in a remote village of Karnataka, where a 101-year-old man dies and how the sons react.

Director Soori is known for making exhilarating thrillers. This one is no different! If you love nail-biting, roller-coaster experiences, you’ll love this movie.

The plot of this movie lies in the line “Nee maayeyolago ninnolu maayeyo”, which means Are you a creature of illusion? Or illusion is your creation. Pawan Kumar directed the movie.

One incident, perspectives from different people to unfold the truth. Will you get to know the truth ?? It’s left to your imagination, and you become the judge. Rakshith Shetty announced the second part of this movie.

An unusual love story. Flashback within a flashback with a reverse screenplay – this perfectly defines the Story.

The next up on the list is a MUST WATCH!

In a small village in Kerala, a group of children study in a Kannada-medium school. When greedy government officials try to shut down the school, the children band together to save their school. A must watch you are an Anant Nag sir fan. The courtroom scene in the second half is what you shouldn’t miss. The children, Anant Nag, and the script’s authenticity and execution make it to the list of highest rated IMDb Kannada movies.

To find out what happens when a man who has Alzheimer’s goes missing and meets up with a criminal. Watch this movie, and you’ll love it.

The Story is all about Naanu(me). Perfect one-word description. A psychological thriller.

Stream it and dare not to skip it!

Previous articleThese 4 Kannada Movies on Netflix are A Must Watch