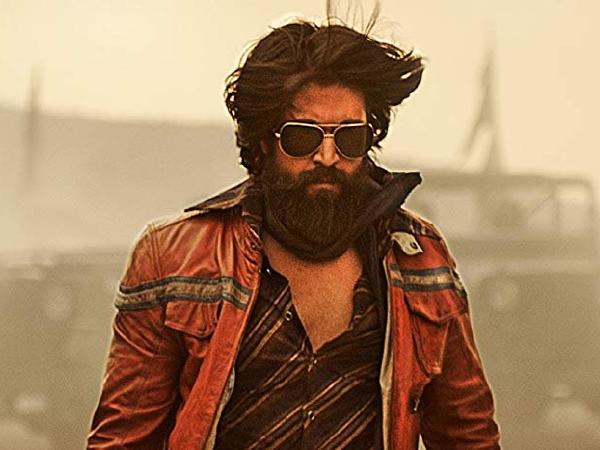 The actor’s latest movie KGF which had set high expectations among fans has lived up to it and smashing all the records throughout India and overseas. KGF becomes the Fourth highest grossing dubbed Hindi film after Bahubali, Bahubali 2 and 2.O.

Here are all the 8 Consecutive Yash movies that are Blockbusters

Is a Rom-Com Thriller released in the year 2012 which was written, directed and co-produced by the Yograj Bhat under the banner Yograj Movies and Jayanna Combines. It stars Yash, Satish Neenasam, Radhika Pandith, Sindhu Lokanath in the lead roles and Late Rebel Star Ambarish did a cameo in this film.

The film was one of the highest grosser of the year 2012 by completing 100 days at the theaters grossing 12 crores approximately and was declared a blockbuster by the Cinema Pundits.

Googly was Rom-Com movie which was released in the year 2013 written and directed by Pavan Wadeyar. The film was produced by Jayanna Combines staring Yash and Kriti Kharbanda in the lead roles, whereas Anant Nag and Sadhu Kokila played the primary supporting roles.

It became the biggest blockbuster in KFI in the year 2013 and won multiple award nomination at 3rd South India International Movie Awards. The film completed a 100 day run in the theaters.

One of the best Yash movies with the debutant director.

A Comedy – Drama which was written by SR Prabhakaran and directed by Guru Deshpande under K Manju Productions. The movie was a remake of Tamil movie Sundarapandian which was released in the year 2012.

Rajahuli went on to complete a 120 days successful run at the box-office and was a commercially a hit back then.

It became Yash’s Third Consecutive hit after Drama and Googly.

This movie was the answer for all of those who said Kannada films are losing quality and content back in 2015. This movie completely new genre in KFI that no one had attempted before, the film had a neat presentation of two consequent age stories.

Movie was also appreciated for it’s VFX and Cinematography. The film was directed by the cinematographer Krishna, written by Tarun Sudhir and Santhosh Anandram. The film was produced by Jayanna Combines.

There were talks that the film recovered its making cost even before it released. And was blockbuster at the box office.

A Romantic Drama film, released in the year 2014 was written and directed the debutant Santhosh Anandram and produced by Jayanna Combines – The dynamic duo of KFI starring Yash, Radhika Pandit in the lead roles. Malavika Avinash, Achyuth Kumar, and Srinath in primary supporting roles.

The film saw massive success at the box office breaking all the records. The film collected around 25 crores at the end of 15 days although the exact figures were officially announced by the producers. Mr. and Mrs. Ramachari is one of the must-watch Yash if you are a true movie lover.

This film won multiple awards at Filmfare Awards South and SIIMA Awards. The Tamil remake rights were brought by Escape Artist Motion Pictures in 2015 and in 2016 the film was remade in the Marathi language named as Mr. and Mrs. Sadachari.

This movie was a 5th consecutive success at the box office for Rocking Star Yash.

The movie got a very good response from his fans and mixed reviews by the critics. This movie got a huge opening and was the highest-grossing Kannada-language film of 2015.

The movie was a blockbuster at the box office by collecting approximately 35 crores.

A Commercial movie with the right ingredients put together and was a complete entertainer for his fans. The film released in 2016 directed by Mahesh Rao and produced by K Manju Cinemas starring Yash, Radhika Pandit, and Shaam in the lead roles. Typically it was a triangle love story.

The movie was a blockbuster at the box office by collecting approximately 30 crores.

Is a Period – Action film was written and directed by Prashanth Neel, produced under the banner Hombale films starring The Rocking Star Yash, Srinidhi Shetty, Ananth Nag and list goes on – by the way its a huge star cast.

KGF – Chapter 1 is highest grossing Kannada film of all time. The movie has crossed 200 crore mark having released in 5 languages.

Yash’s 8th consecutive success. One of the all time favourite Yash movies for most of us.

Hope KGF – Chapter 2 becomes even more successful than all of his films. The Kannada Film Industry is growing to the new heights day by day.

Previous article12 Best Crime, Drama, Thriller Kannada Movies
Next article5 Cult Songs of Upendra That We Never Forget Even in 2021