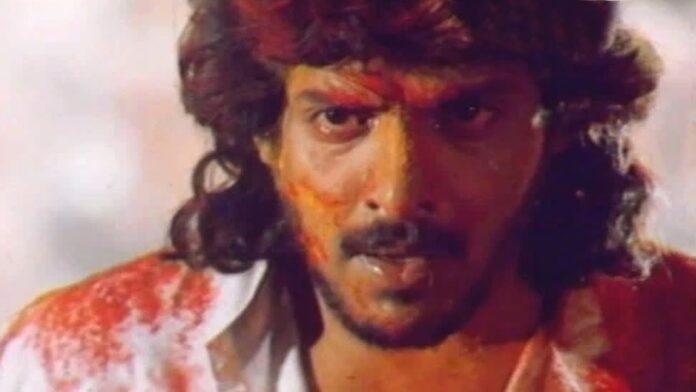 Upendra – The Super Star of Kannada Film Industry, we all would love to see him as a director, let’s hope he makes more and more movies this year.

He is praised and applauded his Creative Thinking, Reverse Screenplay, and Philosophical Dialogues and Real Star deserves a standing ovation for lyrics. Upendra started his career writing dialogues and lyrics for Kannada films.

In 1992 his directorial debut “Tharle Nan Maga” starring Jaggesh was Super Duper Hit and a trendsetter. He is an inspiration for many youngsters even for this generation.

The lyrics penned by him are also very thought-provoking and make every Kannada cinema lover groove to his songs and are all-time favorites to every one of us even in 2019 or be it 2025.

“A” is a Kannada Romantic Psychological Thriller film written and directed by Real Star Upendra. The love story is between a film director and an actress which is narrated through multiple flashbacks within flashbacks and reverse screenplay. It takes the audience to watch it multiple times to understand the plot.

Here is the song:

Here is the song

“A” made at 1.25 crore and collected more than 20 crores at the box office. The film ran for 25 weeks in Namma Karnataka and was also remade in Telugu which ran for 100 days.

A Kannada Psychological Thriller which was released in the year 1999 written and directed by Upendra. A Japanese who this was impressed by it as he found it similar to the story of Buddha. Maslow’s Hierarchy of Needs. The film was also released in Japan. This film was screened at a Film Festival in Japan in 2001.

A sequel was also released later in the year 2015 titled “Uppi2”.

Have a look at the song: https://www.youtube.com/watch?v=RjZJc7Tf5pY

Raktha Kanneeru (Blood Tears) is a Kannada Rom-Com and a bit of Drama, released in the year 2003 which was directed by Sadhu Kokila. The dialogues and screenplay were written by the real star Upendra. The film had Upendra and Ramya Krishna in the lead roles. It was a remake of 1954 Tamil film Ratha Kanneer.

What interesting is The Real Star Upendra has depicted the entire life in this song and it is so relatable even now and for future generations.

Well here is the song

The main reason to sum up these 5 cult songs of Upendra that we never forget even in 2019 is this Bangalore based band named as Lagori. This band plans recreate some of the evergreen classics with a pinch of twist titled as Logori Rewind.

The first song from their Lagori Rewind is from the movie “A” which is “Maari Kannu Hori Myage”.

Here is the video, personally loved it watching it again.

Liked it?? Don’t want to miss any of our updates.